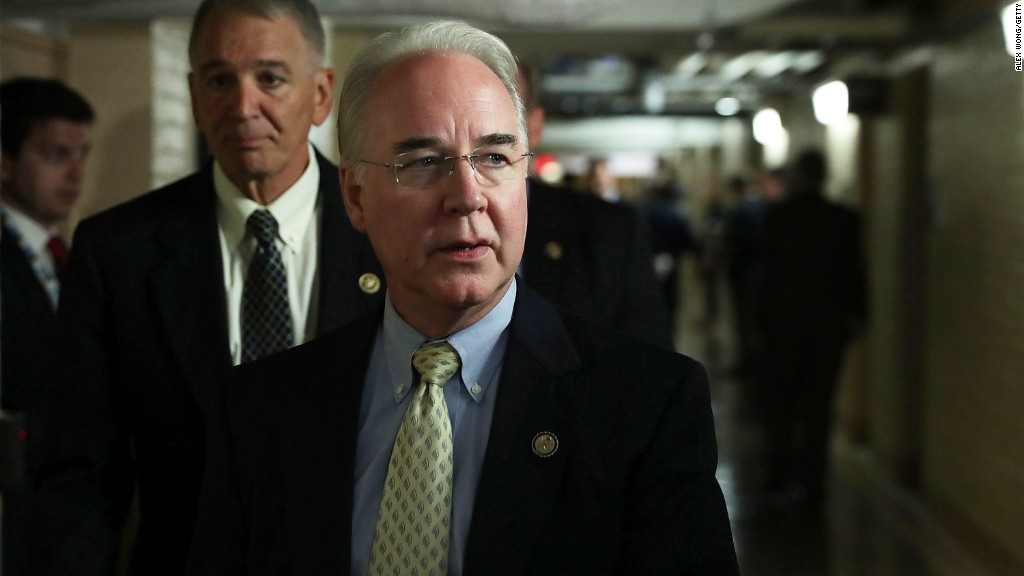 The Trump administration is taking its first steps to overhaul Obamacare.

It issued a proposed rule Wednesday aimed mainly at quelling insurers’ concerns and stabilizing the marketplace for 2018. But it is also likely to raise deductibles and out-of-pocket costs for many consumers.

While President Trump wants Congress to repeal the Affordable Care Act as quickly as possible, his hands are tied by two important factors: He has promised to have an orderly transition out of Obamacare, so people don’t lose their coverage, and he must defer to Congress to actually change the law.

However, his administration can adjust regulations even before lawmakers act.

“This proposal will take steps to stabilize the marketplace, provide more flexibility to states and insurers, and give patients access to more coverage options,” said Patrick Conway, acting administrator of the Centers for Medicare & Medicaid Services, which oversees Obamacare.

Here’s what the proposed rule would do:

Raise costs for consumers: Insurers would gain greater flexibility in how much their policies would pay in each tier of coverage. For instance, silver plans currently must cover 70% of out-of-pocket costs, on average. Giving insurers more latitude would allow them to offer a wider range of products with higher deductibles and co-pays. This would likely lower premiums — a plus, especially for middle class Americans who don’t qualify for Obamacare subsidies — but it would mean enrollees have to pay more to get care, which is already one of the chief complaints about the law.

The changes would also eliminate the federal government’s review of whether insurers have enough doctors and hospitals in their networks. The Obama administration added this oversight after enrollees complained there were too few providers who accepted their plans.

Tighter enrollment periods: The new rule would cut the open enrollment period for 2018 in half, so that Americans could only sign up between November 1 and December 15. This would bring it more in line with signing up for on-the-job coverage and would ensure most Obamacare enrollees would have coverage all year long because coverage would start January 1.

It would require those applying outside of open enrollment to provide documentation proving their eligibility before coverage kicks in. Insurers have long requested a tightening of the special enrollment periods, which allow people who’ve experienced major life changes — such as job loss, divorce or the birth of a baby — to sign up during the year. Carriers argue that people are gaming the system and enrolling only when they get sick, but consumer advocates say this proposed requirement will make it harder for those truly eligible to qualify.

And it would require consumers to pay any back premiums they owe before signing up again. Insurers had hoped to shorten the time in which they have to cover claims by those who’ve stopped paying premiums — currently three months — but that is in the law and, therefore, requires Congress to make the change.

More time to figure out 2018 plans: The proposed rule would give insurers additional time to have their 2018 plans reviewed and finalized by state and federal regulators. Insurers have to submit their 2018 policies and premiums to state regulators in the spring, and they are concerned because so much remains uncertain.

“Today’s proposed rule is an effort to stabilize the exchange markets until an ACA replacement plan is approved and implemented,” said Caroline Pearson, senior vice president at Avalere Health, a consulting firm.

“These proposals would help stabilize the current individual market and are a good start toward improving the functioning of the marketplace, so that any longer-term reforms can begin on a better footing.” said Alissa Fox, a senior vice president at the Blue Cross Blue Shield Association.

The rule could take effect as soon as next month. The agency is requesting comments until March 7 and will likely act after that.

The rule does not contain one of the more controversial changes insurers want — allowing them to charge older enrollees more. Under Obamacare, carriers can only charge older policyholders up to three times what they charge younger ones. Insurers are looking to widen that band to five-to-one. This provision is in the law and can only be changed by Congress.

Separately, the Internal Revenue Service quietly reversed a decision to start rejecting tax returns that fail to indicate whether filers had health insurance, received an exemption or paid the penalty. While this has always been key to enforcing the individual mandate, the IRS had been processing returns without this information.

The IRS attributed the reversal to Trump’s executive order that directed agencies to reduce the potential financial burden on Americans. However, it noted in a statement that the individual mandate is still in effect.

“[The] legislative provisions of the ACA law are still in force until changed by the Congress, and taxpayers remain required to follow the law and pay what they may owe‎,” the agency said.

Related: Humana pulls out of Obamacare for 2018

Overall, the changes could wind up driving more people — particularly younger folks with fewer medical issues — out of the exchanges, said Sabrina Corlette, a research professor at Georgetown’s Center on Health Insurance Reforms.

“There’s nothing in this rule that encourages healthy people to sign up … and it’s the healthy people you need in order to stabilize the market,” she said.