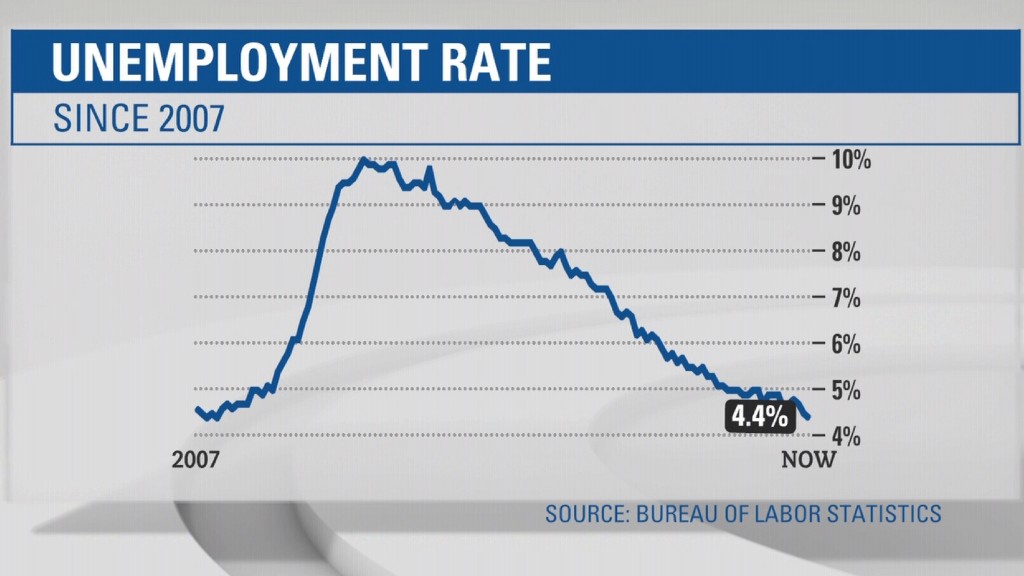 Labor Secretary Alexander Acosta tweeted that the jobs report was “great news!” and highlighted the jobs gains in several sectors as well as the unemployment rate.

Acosta followed that up by tweeting that the “steady and sustained increase in job creation equals new paychecks for American workers and income for American families.”

He added that while “we still have challenges ahead as we continue to focus on job growth, bridging the skills gap & expanding opportunities for all Americans,” the Labor Department is “committed to policies that lead to continued job growth, workforce development and increased opportunities.”

“This steady and sustained increase in job creation equals new paychecks for American workers and income for American families.” #JobsReport

“We still have challenges ahead as we continue to focus on job growth, bridging the skills gap & expanding opportunities for all Americans.” https://t.co/6WHTOJUBFA

But Trump was silent as of mid-Friday morning about the jobs report though. There were no tweets about it from either his @POTUS or @realdonaldtrump accounts.

Government officials have to wait more than an hour before publicly commenting, a rule that Press Secretary Sean Spicer appeared to violate in March by tweeting too soon about the February jobs report. (Acosta didn’t tweet Friday until 10:29 am.)

But the White House press room had no statement on the jobs report either. And most major TV news outlets, including CNN, were focusing more on health care than jobs on Friday.

The relative amount of radio silence is a bit surprising. The US economy added 211,000 jobs in April. There have now been 522,000 jobs added in Trump’s firs three full months in office.

Related: Here’s how the economy is really doing

The unemployment rate fell to 4.4% — its lowest level in 10 years. The so-called underemployment rate, which tracks people working part-time that want a full-time job, hit its lowest point since 2007 too.

The April jobs report is the latest bit of good news for the president, coming one day after the House approved of his plan to repeal and replace Obamacare. The bill must still make it through the Senate too, of course.

Trump has promised to bring jobs, particularly manufacturing in states where he won much popular support, back to America.

That may be difficult though given how the combination of increased automation and outsourcing is leading to fewer blue collar jobs in America’s heartland.

To that end, the government said Friday that there were little gains last month in the number of manufacturing, construction and transportation and warehousing sectors.

Related: Check out the Trump jobs tracker for more data on the labor market

A big chunk of the hiring came from the leisure and hospitality, financial services, health care and professional and business services sectors. Those four added a total of 150,000 jobs in April.

But will health care continue to add jobs if the Senate also votes to repeal Obamacare and Trump signs a new bill into law?

Trump did tweet Friday morning about the vote to approve his American Health Care Act (AHCA) and noted that more insurers were leaving the state exchange in Iowa. He included a link to a story about it from The Washington Examiner.

But House Democratic leader Nancy Pelosi warned that there could be dire effects to the economy if Obamacare is overturned, and also noted that Trump has yet to propose any legislation that would create jobs.

She said in a statement that while “April’s jobs report shows the economy continues moving forward…neither the economy nor America’s families can afford the devastating health cost increases of Trumpcare.”

“Instead of creating good-paying jobs for the American people, President Trump and the Republican Congress are cruelly trying to raise health costs on seniors and hard-working families,” Pelosi added.

Still, one economist said the jobs numbers were undeniably good — and that Trump probably deserves some, if not all, of the credit.

“There should be a big sigh of relief down in Washington. It erases some of the doubts after a weak March,” said Dan North, chief economist at Euler Hermes North America.

“But as far as who gets credit, it’s hard to say. How quickly can a new president influence the economy? But Trump’s talking about Made in America and America First is probably helping to retain and create jobs. Business confidence has soared,” North added.

North also noted that this is the fifth straight month that the size of the labor force has increased. That could be another sign of people feeling more confident about their prospects of finding a job.