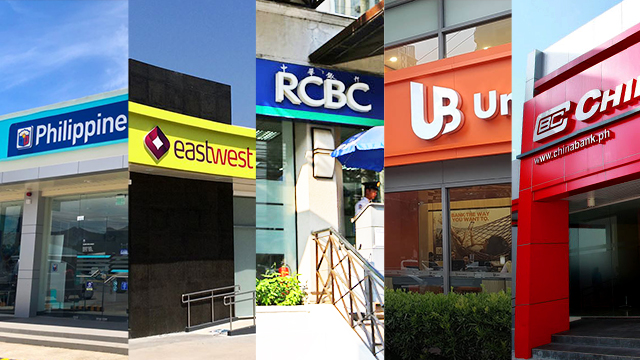 Legendary investor Warren Buffett used to say the time to get interested in stocks is when no one else is.

Since the start of the year, bank stocks have been struggling to survive with the financial sector index falling by 3.4 percent at the end of the first half despite the positive 7.1 percent gain by the PSE Index.

Last year, when inflation and interest rates were rising, bank stocks were also the biggest losers because of fears that higher funding costs may hurt profitability.

But ever since inflation started to come down this year, interest rates have been falling, too. The lower inflation and interest rate outlook have enabled the PSE Index to recover to 8,000-level this year.

Bank stocks, however, continue to languish.

Currently, the banking sector has median Price-to-Earnings (P/E) ratio of 11 times, which is 30 percent lower than market average of 15.5 times.

For the first three months of the year, the banking sector also reported a median growth of 15 percent in net earnings, much better than the three percent decline last year.

The fall in share prices has left over 50 percent of all banking stocks trading below their historical book value. The book value represents the accounting net worth of the company.

With a stable inflation and interest rates coupled with a growth outlook in the economy, bank stocks should start to pick up soon.

Let’s look at the top five cheapest bank stocks on the market today and how you can possibly profit from them:

Philippine National Bank (PSE:PNB) is one of the country’s largest private universal banks in terms of assets, loans and deposits with 711 branches and 1,501 ATMs strategically located nationwide.

PNB’s revenues from interest income have been growing by an average of 12 percent annually, from Php11.6 billion in 2008 to Php36 billion last year.

This consistent growth in revenues brought net income to increase by nine times or an average of 24 percent per year from P1.1 billion 10 years ago to Php9.5 billion in 2018.

This year, PNB reported its net income for the first quarter grew by 30 percent to Php1.9 billion from Php1.4 billion in the same period last year on the back of a 37-percent growth in interest revenues.

PNB has successfully raised $750 million from what could the largest dollar bond issuance by a Philippine bank in history. The bank plans to use the proceed to support its loan growth.

PNB is the best performing bank stock so far with 19 percent year-to-date gain but still trading at 40 percent discount to its book value of Php82 per share.

Trading at Price-to-Earnings (P/E) ratio of only 7.57 times as against bank sector’s average of 11 times, the stock has potential appreciation of 66 percent should it trade at par with its book value.

East West Banking Corporation (PSE: EW) is one of the fastest-growing universal banks in the country. It provides a wide array of products and services focused on consumer and middle market segments.

EW is majority owned and controlled by Filinvest Development Corporation of the Gotaniun Family, one of the country’s leading conglomerates with diverse interests in real estate development, banking, sugar and power generation.

Net income of EW has been growing by an average of 25 percent per year for the last nine years from Php621 million in 2009 to Php4.5 billion last year on the back of 16 percent annual revenue growth.

This year, EW reported its total net interest income for the first quarter grew by 36 percent to Php1.3 billion from Php945 million last year as revenues increased by 18.7 percent to Php6.9 billion.

EW’s average return on equity for the last seven years is about 11 percent, which is higher than the banking sector’s average of 8.9 percent.

EW is the most underpriced banking stock in the list with Price-to-Earnings (P/E) ratio of only 5.3 times.

EW has yet to recover as the stock ended the first half with loss of 2.35 percent. With a huge discount to its book value of 38.7 percent, sustained growth in earnings this year should support the stock’s recovery.

Rizal Commercial Banking Corporation or RCBC (PSE: RCB) is among the top largest private domestic banks in terms of assets, with 332 branches and 1,117 ATMs (as of April 2019) all over the Philippines.

RCB’s net income growth for the past 10 years has been limited only to a single digit growth of seven percent per year from Php2.1 billion in 2008 to Php4.3 billion last year with revenues growing also by the same percentage.

This year, RCB’s first quarter net income grew by 15 percent from Php1.1 billion last year to Php1.3 billion on the back of a 31.5 percent growth in interest revenues, which increased to Php9.1 billion from Php6.9 billion a year ago.

At a Price-to-Earnings (P/E) ratio of 12.1 times, the stock is trading at a relatively more expensive multiple compared to the banking sector’s median of 11.38.

Although the stock has a huge discount to its book value of 33 percent, its return on equity is only 5.3 percent, which does not make the company a bargain.

4. Union Bank of the Philippines

Union Bank of the Philippines (PSE:UBP) is the most technology driven bank in the industry with its innovative real-time business solutions to meet changing customers’ needs.

Owned by one of the largest conglomerates in the country, Aboitiz Equity Ventures, UBP’s net income has been growing by an average of 13.5 percent per year from Php2.0 billion in 2008 to Php7.3 billion last year.

This year, UBP reported that its interest revenues for the first quarter grew by 28 percent from P7 billion last year to P9 billion this year

Net income, however, fell by 26 percent from Php2.9 billion last year to Php2.1 billion due to higher costs and bad debt provisioning.

UBP’s share price closed the first half of the year with a 13 percent loss.

Trading at par with the sector’s median Price-to-Earnings (P/E) ratio of 11.4 times, the stock needs a compelling growth story to drive its share price above market average.

China Banking Corporation (PSE:CHIB) is one of the leading private universal banks in the Philippines with 621 branches and 972 ATMs strategically located all over the country.

A member of the SM Group, the country’s largest conglomerate, CHIB has one of the highest average returns on equity at 10 percent, higher than the sector’s average of nine percent.

CHIB’s net income has been growing by an average of 10.8 percent per year from Php2.9 billion in 2008 to Php8.1 billion in 2018 on the strength of an annual 11 percent growth in interest revenues.

For the first quarter of this year, CHIB reported its net income increased by 24 percent to P1.8 billion from P1.5 billion in the same period last year, as interest revenues grew by 51 percent from P7.5 billion to P11.4 billion.

CHIB’s current discount to book value at 16 percent translates to Price-to-Book Value (P/BV) ratio of 0.84, which is 24 percent lower than its historical five-year average of 1.1 times since 2013.

Further growth in earnings coupled with improvement in the bank’s cost-to-income ratio should enable the stock to appreciate by 31 percent eventually back to its historical Price-to-Book Value average.

Being Puyat All The Time Can Make You Feel Lonely, Says Rese…