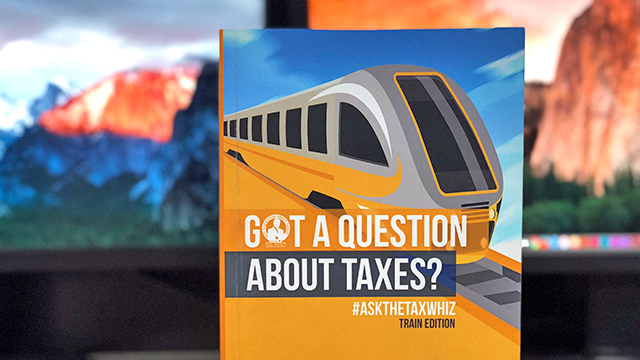 The Tax Reform for Acceleration and Inclusion (TRAIN) law, which took effect January 1 this year, has been widely praised for lowering the income taxes of the vast majority of salaried and self-employed taxpayers. In fact, more than 80 percent of taxpayers or those earning annual taxable income of Php250,000 or below are exempted from income taxes.

Some, however, also criticize the new tax law for raising excise taxes on automobiles and petroleum products and for lifting the exemption or zero rating of many economic activities from value added taxes (VAT). The higher excise taxes and expanded VAT coverage are blamed for the surge in consumer prices in the first two months of 2018.

But, unknown to many, the TRAIN law didn’t just decrease or increase tax rates. The new measure also contains several provisions that ease the administrative burden of paying taxes. These simplify complex procedures or reduce the penalties when taxpayers fail to comply with regulations.

In an interview with Entrepreneur Philippines, accountant and tax expert Raymond “Mon” Abrea identified these little-known provision in the TRAIN Law and explains how taxpayers can benefit from them.

A former Bureau of Internal Revenue (BIR) examiner, Abrea has also published a new book titled Got a Question About Taxes? #Ask the Tax Whiz (TRAIN Edition) that answers 100 common questions about provisions of the TRAIN Law. He founded the non-profit Center for Strategic Reforms (CSR) of the Philippines and the social enterprise Asian Consulting Group (ACG) that conducts educational seminars for taxpayers.

Perhaps one of the most useful of the tax administration measures that simplify compliance with tax laws is the reduction in the number of pages of the annual income tax return (ITR). From 12 pages, the ITR will be cut to only four pages under the TRAIN law.

The shorter ITR will apply to both paper and electronic forms. Under TRAIN, ITRs shall now only include personal and profile information, total gross sales, receipts or income, allowable deductions, taxable income and income tax due and payable.

However, we’ll get to see the four-page ITRs only when we pay taxes on our taxable income in 2018 next year. For the income tax filing season that ends on April 15, 2018, taxpayers will still have to use the old 12-page ITRs.

In addition, corporations, partnerships and individual taxpayers required to keep books of accounts will no longer be mandated to keep a journal and a ledger or equivalent records.

Instead, they’ll just be expected to use a relevant and appropriate set of bookkeeping records authorized by the Secretary of Finance. These records should show the enterprise’s transactions and results of operations, from which all taxes may be readily and accurately be determined any time of the year

“They will now restore the simplified bookkeeping, which means you don’t have to keep all those books but maintain cash receipts and cash disbursements to be provided hopefully by the Bureau of Internal Revenue (BIR),” said Abrea.

Corporations, partnerships and persons with gross annual sales or receipts of Php3 million or below are now exempted from filing financial statements audited by independent certified public accountants.

Persons and establishments subject to internal revenue tax shall now only issue receipts or sales or commercial invoices for each sale and transfer of merchandise or services rendered worth Php100 and above. Before, the benchmark was only at Php25. 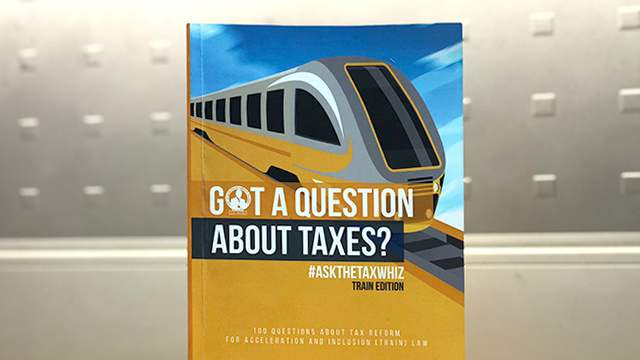 New and Longer Deadlines for Filing and Paying

Starting with taxable year 2018, the deadline for the filing of the first quarterly ITRs will be May 15 (previously April 15), while the second payment is extended to October 15 (previously July 15). These new deadlines give taxpayers more time to prepare and process their tax returns.

However, the BIR clarified that the deadline for the filing of the annual ITR for taxable income in 2017 is still set on April 15, 2018 for employees and self-employed individuals.

Under the TRAIN law, self-employed and professionals as well as small business owners with gross sales or receipts of Php3 million or less now have the option to pay a flat income tax rate of eight percent of sales or receipts.

Abrea said that the option could simplify the filing of tax returns for taxpayers who will no longer have to report to the BIR how much cost of sales as well as operating expenses were deducted from gross sales or receipts in arriving at taxable income. These reports could attract tax audits or investigations from the BIR, which wants to check the truthfulness of the details of the taxpayers’ financial statements.

“The optional eight-percent flat rate is a key tax administration reform that will benefit self-employed and professionals,” he said. This helps them avoid costly and time-consuming tax audits and investigations from the BIR.

For certain levels of gross sales or receipts, the eight-percent flat tax rate even results to lower income tax. In the book, Abrea compared taxes due from a sari-sari store owner with gross sales of Php500,000 a year under two options.

But even in cases where it results in higher income tax, Abrea still suggests choosing the eight-percent flat tax because it’s simpler and reduces greatly the risk of being a subject of a tax audit. “The compliance cost is really so much. So I think the optional eight percent will save you more than what you seem to be computing,” he said, highlighting the effort and time that goes into the whole tax filing process.

Under the old tax code, unpaid taxes or tax deficiencies are automatically subject to a penalty of 20-percent interest rate, computed per year from the prescribed date of payment until it is fully paid.

Finally, Abrea ends with this important reminder on the importance of being aware of our obligations as taxpayers.

“In the end, whether you are a small or large taxpayer, it’s important now that we are more aware of our new taxes,” Abrea said. “And at the same time to really do due diligence in tax planning to make sure that we are paying the right taxes and not wait for the BIR to audit us and be faced with possible assessment or tax evasion cases.”

@[email protected]
Previous 4 Essentials for Succeeding When You Make the Switch to Work…
Next The Amazing History of Panasonic, Which Was Founded 100 Year…