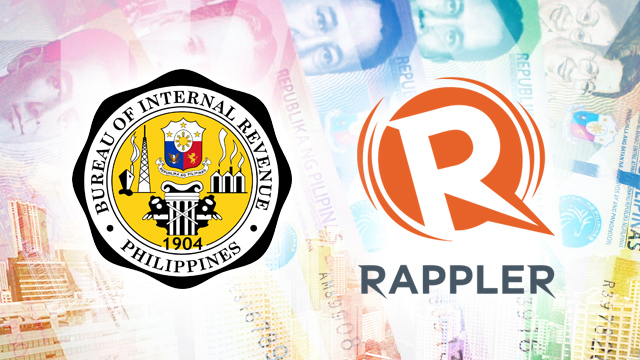 The case stemmed from Rappler Holdings’ purchase of Php19.2 million worth of Rappler Inc. shares in 2015 and subsequent issuance of Philippine Depositary Receipts (PDRs) to two foreign entities for Php181.6 million.

It then alleged that Rappler Holdings is liable for taxes and penalties of Php133.8 million broken down into income tax of Php91.3 million and VAT of Php42.5 million.

Rappler is already battling an order from the Securities and Exchange Commission (SEC) revoking its corporate registration for allegedly violating the country’s laws against foreign ownership of mass media enterprises. It is also under investigation by the Department of Justice (DOJ) for possible criminal violation of anti-dummy laws.

The SEC order was heavily criticized by local and international organizations as an attack on press freedom. It came after the Office of Solicitor General (OSG), the government’s chief lawyer, asked the corporate watchdog to open an investigation into allegations that Rappler has foreign ownership, which is prohibited by the country’s laws. Before this, Rappler has come under frequent criticism from no less than President Rodrigo Duterte who disliked the media organization’s critical reporting on his administration.

Rappler is one of the country’s few media entities funded by venture capital firms rather than organized by wealthy local business or political families. It is also considered one of the country’s notable startup successes for scaling up its reach within a short period of time using savvy digital marketing techniques.

Entrepreneur Philippines has sought a comment from Rappler but the organization has yet to respond. However, a Rappler story about the BIR complaint quoted Ressa as saying the case was “ludicrous” as she urged the BIR to “check its own records.”

“Rappler has been paying its taxes accurately, promptly, and diligently, with no less than the BIR commending Rappler Inc. as one of Revenue Region 7’s top 500 corporate taxpayers,” said the Rappler article. It also pointed that the complaint was filed only three days after BIR investigators went to the Rappler office. “Normal procedure, lawyers say, provides respondents with 30 days to reply,” the article added.