The Biggest Gainers (And Losers) in the Stock Market in 2018…

The year 2018 has been pretty tough for the Philippine stock market.

After hitting a high of 9,078.37 in January, the Philippine Stock Exchange Composite Index (PSEi) had been continuously falling and reached a low of 6,790.58 in October. It has since recovered–closing at 7,466.02 on the last trading day of the year–but it still has a long way to go to again achieve the levels it had at the start of the year.

The dismal performance of the local stock barometer may explain why none of the stocks included in the PSEi, which is the benchmark for local share prices, made it to the top 10 list of the biggest gainers in terms of stock prices this year. 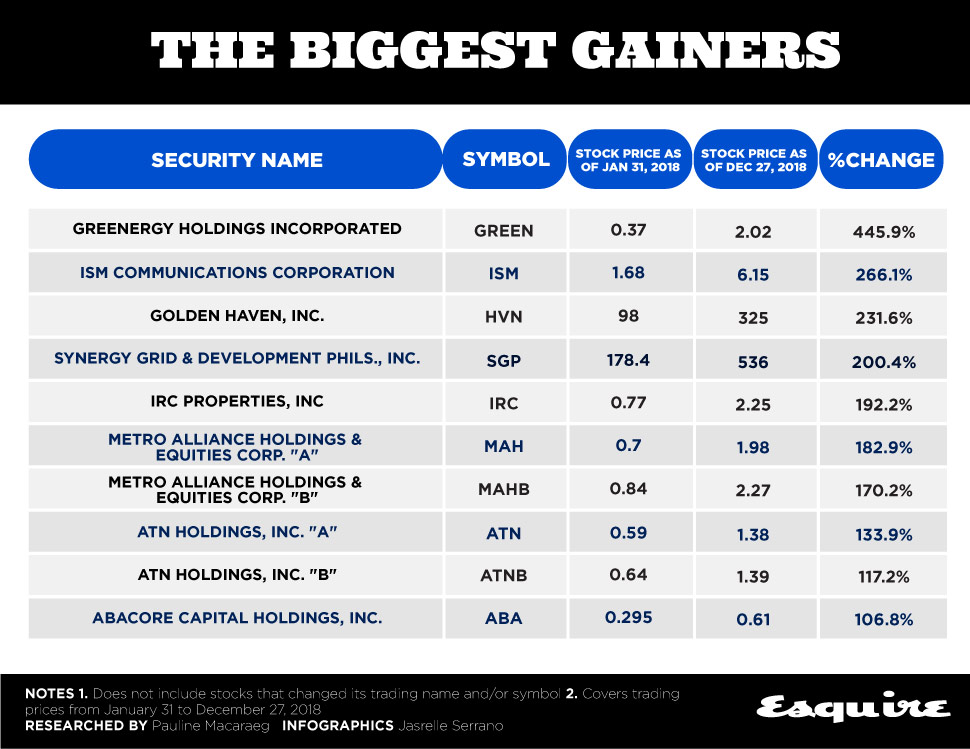 Greenergy Holdings Incorporated (GREEN), a firm with business engagements in renewable energy, saw the highest surge in stock prices at 445.9 percent. This is followed by ISM Communications Corporation (ISM) at 266.1 percentage change in stock prices.

ISM made headlines as early as August this year when Davao-based businessman and emerging tycoon Dennis Uy bought a 45-percent stake in the company. In October, it was revealed that Uy intended to use ISM for the backdoor listing of his holding company Udenna Corporation in the Philippine Stock Exchange.

Meanwhile, stock prices of Manny Villar’s Golden Bria Holdings Inc. (HVN; formerly called Golden Haven), rose by 231.6 percent–making it the third biggest gainer in the list. US magazine Forbes even cited this big leap in prices as one of the main reasons why Villar suddenly became the second richest person in the country this year.

But while HVN enjoyed prosperity in 2018, Villar’s other listed firm, Starmalls Inc., struggled a lot. It came fourth in the list of the biggest losers of stock prices in the local stock exchange. 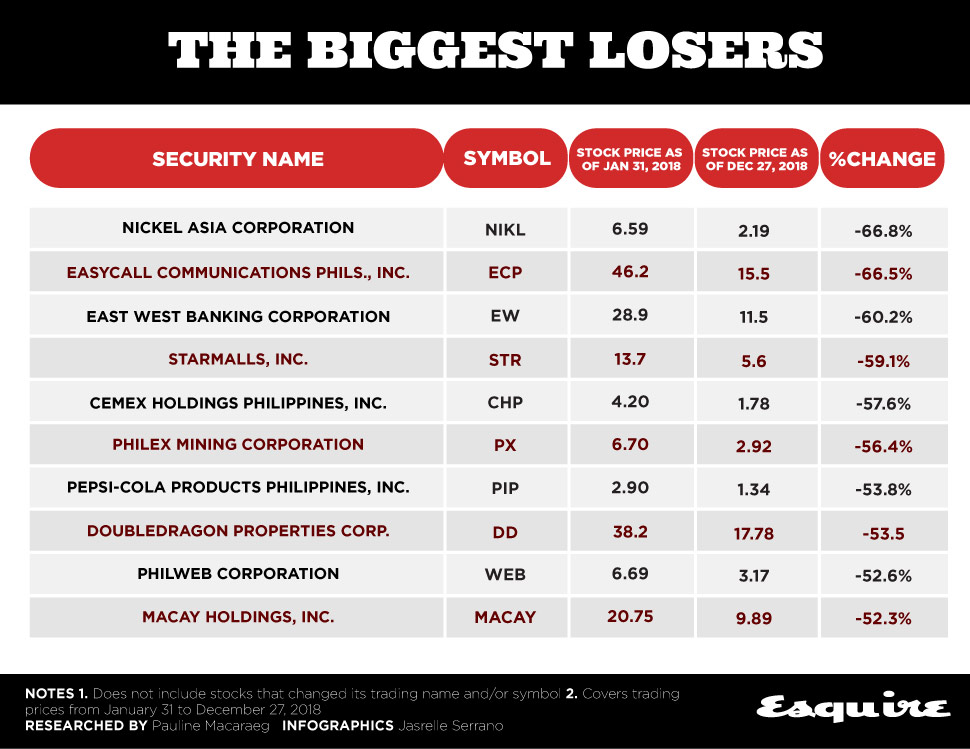 For the full list of the 10 biggest gainers and losers in the stock market this year, see infographics above.