These Cities Have the Most Billionaires in the World…

Though it seems a rising number of high net worth individuals are migrating to Australia, new research reveals the world’s billionaires haven’t given up on major cities such as New York, Hong Kong, and San Francisco. In fact, it’s quite the opposite, as these cities have been found to have the highest concentration of billionaires in the world.

The sixth edition of Wealth-X’s Billionaire Census found the global billionaire population significantly declined in 2018. Due to a slowdown in global growth, trade tensions, and a slump in equity markets, billionaire wealth declined by seven percent and the population by 5.4 percent. One of its more interesting findings, however, is that billionaires are increasingly congregating in a cluster of cities. 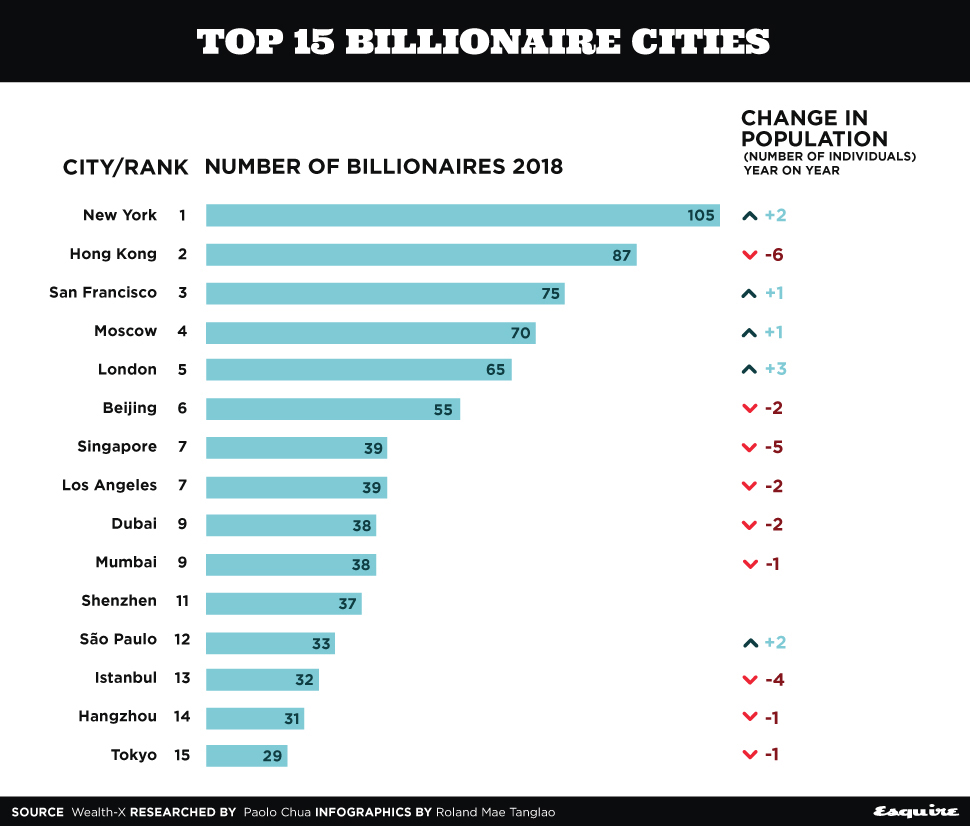 Hong Kong, with a total of 87 billionaires, came in second after losing six individuals in 2018, while San Francisco and Moscow added one billionaire each. San Francisco’s rise has been attributed to the wealth gains in the technology sectors. Moscow, on the other hand, benefitted from rising investments and higher oil prices.

The drop in billionaire population is of particular interest since it’s only been the second time it’s declined since the global recession of 2009. Several countries excluding the U.S., U.K., Russia, and France experienced a decline. The top Asia-Pacific countries, specifically, recorded falls in both their billionaire population and net worth. According to the research, the falls in China and Hong Kong were a result of the “U.S.-China trade war, softer Chinese demand, emerging-market volatility, and weakening global growth.”

@[email protected]
Previous OFWs May Soon Get Bigger SSS Sick Benefits and Retirement Sa…
Next 8 Tips to Get Your Business Going, Even if You Don't Kn…