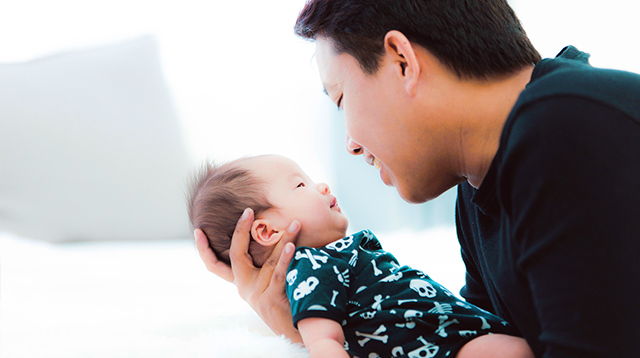 In the Philippines, fathers only get seven days of paternity leave. Once the Expanded Maternity Leave is signed into law, they’ll get an additional seven days for a total of 14 days of uninterrupted time with their new baby. If you ask us, that’s still too little time. After all, research has shown that a father’s presence has a unique way of influencing his child’s upbringing. In fact, it provides lifelong benefits to your kids.

That’s why we applaud companies like Accenture, which already provides its female employees of 120 days of maternity-leave benefit since 2015. Last December 2018, however, the global professional services company had announced the expansion of its leave benefits for Filipino fathers, life or common-law partners, adoptive parents and secondary caregivers. Under the new package, Accenture male employees can take 30 consecutive calendar days of paternity leave. Wow!

If you’re working for a company that can understand your familial obligations, consider yourself extremely lucky. Avi Shalom Ardon, a finance manager for Microsoft in the United States, chose to give his company some love by highlighting the fact that the tech company gives 12 weeks of paternity leave to its employees.

On his LinkedIn account, Ardon shared his realizations as a first-time dad, writing, “After six weeks out of the 12 weeks of paternity leave that Microsoft allows and encourages its employees to take, six weeks in which I have had the privilege to bond with my newborn baby girl and figure out what it takes to be a good parent, I already can’t imagine how it can be done otherwise. How can fathers not be given the time and opportunity to spend the first couple months of their children’s life with their children and partners?”

Dads want to be hands-on with their children

Just imagine, back in 1982, 43% of fathers in the United States admitted that they’d never changed a diaper. Today, that number is down to about 3%. Here in the Philippines, you’ll find dads who have no qualms being a househusband for the “welfare and safety of the children.”

Millennial dads take parenting seriously. They even feel that they are not doing enough. According to a U.S. survey by Pew Research Center, 63% of American dads said they spend too little time with their kids, citing work obligations as the primary reason.

Fathers are also striving to see a more even distribution of parenting duties in their households, according to research. While they admit that moms do more when it comes to running the house, one study in Canada found that modern dads allot 30 more minutes to chores than their own fathers did. That’s definitely a great sign, as moms often struggle with emotional labor or the invisible work that women do to make sure that everything in their household is running smoothly.

Dads often get a bad rap for not lending a helping hand to their partners more often, but if these studies are any indication, it’s clear that dads know what needs to be done — sometimes they just need a little push to achieve it.

Kevin Shafer, an associate professor of sociology at Brigham Young University, says that dads “repeatedly tell researchers they want to be more involved parents, yet public policy and social institutions often prevent them from being the dads they want to be — hurting moms, dads, and children alike.”

In his research, Shafer found that “fathers were more nurturing, emotionally engaged and better co-parents if they worked for organizations with cultures and policies that promoted family involvement.”

We’ve seen dads step up their game when it comes to helping their partners raise their kids. More than changing diapers, shopping for baby gear, and caring for the kids while mom is away, dads have really become hands-on and involved in parenting their kids. (One dad even ‘breastfed’ their baby!)

Moms may feel that they are still doing more in the household (a valid feeling!), but recognize your partners who are making an effort and totally want to be there for you.