Which of PCSO's Major Games Produced the Most Winners i… 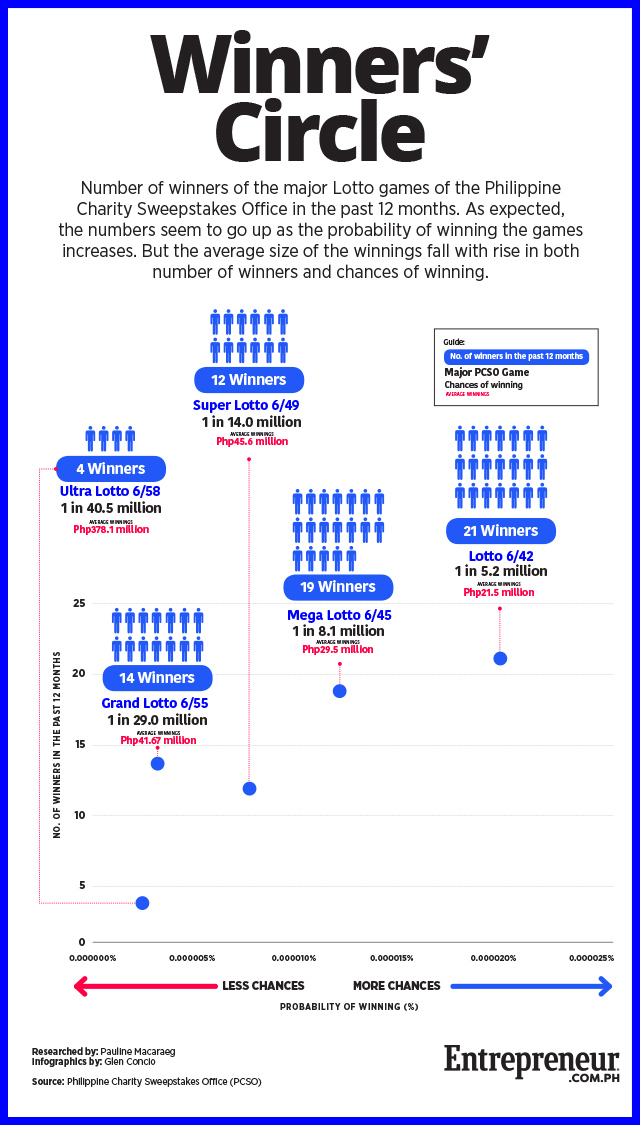 There has been a total of 70 winners over the past year in Philippine Charity Sweepstakes Office’s (PCSO’s) five lottery games with the highest jackpot prizes: Ultra Lotto 6/58, Grand Lotto 6/55, Super Lotto 6/49, Mega Lotto 6/45 and Lotto 6/42.

Among the top five game plays, the Lotto 6/42 had the most number of winners at 21, while the Ultra Lotto 6/58 recorded the lowest at only four.

The figures are consistent the probabilities in guessing the winning combinations, as a single Lotto 6/42 ticket has one in over five million chances to be correct, while a bettor in Ultra Lotto 6/58 only has one chance out of over 40 million possible combinations. (See infographic)

Related story: What are the Chances of Winning the Ultra Lotto 6/58 Compared to Other PCSO Games?

Two bettors won the highest jackpot prize in PCSO history, which was Php1.2 billion, on October 14, Sunday, during the Ultra Lotto 6/58 draw.

@[email protected]
Previous Fish Where The Fish Are: 4 Tips For Reaching Your Customers…
Next Pepsi's First CEO Mom on Regrets: 'I Wish I Spent …