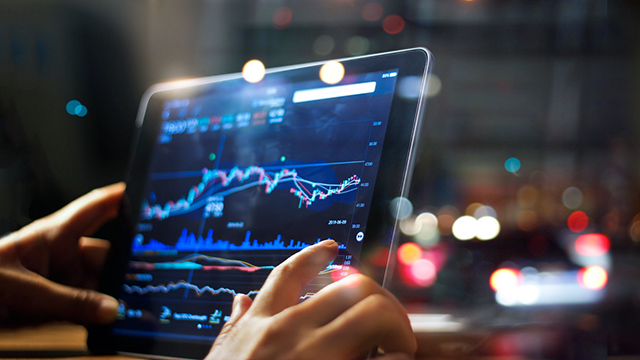 It has been a challenging year for the Philippine stock market as the PSE Index succumbed to massive correction after registering a record high at the start of the year.

Rising interest rates brought about by increase in inflation rates this year caused the PSE Index to lose by as much as 25 percent from its peak.

The 10-year Philippine bond yield rose from 5.7 percent in January to as high as 8.2 percent as inflation accelerated from 3.4 percent at the start of the year to a high of 6.7 percent.

But after nine months of prolonged downtrend, the market started to show signs of recovery in October as interest rates began to fall to seven percent on expectations of lower inflation in the coming months.

Although the market has recovered by as much as 880 points from its recent low, the PSE Index failed to end the year on a positive note due to emerging global concerns with a 12.7-percent loss from last year.

The top five biggest blue chip losers are Security Bank, which ended the year with a loss of 38.3 percent; Semirara Mining at -37.4 percent; Metro Pacific Investment at 32.2 percent; Aboitiz Equity Ventures at 25.7 percent and Alliance Global at -25.6 percent.

Only four of the 30 PSE Index stocks have managed to survive this year. These stocks are San Miguel Corp, which ended the year with 31.7 percent; First Gen Corp at +17.5 percent; Meralco at +15.6 percent and Jollibee Foods Corp at +15.3 percent.

More than the PSE Index stocks, most of the stocks that have risen this year despite the poor market sentiment were the speculative and riskier, small and mid-cap stocks.

As an investor, if you are looking to invest in safer stocks, it would be good to put your money among the PSE index stocks that have underperformed this year.

But if you are looking for higher returns with expectations of higher market volatility, you need to take more risks by investing in riskier, non-index stocks.

What stocks were the biggest gainers this year? How risky are these stocks? Do they have emerging fundamental value that may be worth looking at next year?

Here are the top five biggest stock market winners in 2018:

The company used to develop, construct and operate columbarium facilities before it was converted into a real estate holding company this year via the share swap acquisition of Bria Homes worth Php3 billion.

HVN reported that its nine-month net income this year grew by 79 percent to Php915 million from Php510 million in the same period last year on the back of a 59-percent increase in revenues to Php3.9 billion.

HVN, which has a combined holdings of 750 hectares of property all over the country, is aiming to be the largest mass market housing and biggest integrated deathcare company.

Long-term growth in the company’s earnings brought about by the recent merger should justify the comparatively high pricing of the stock at 230 times Price-to-Earnings (P/E) ratio.

GREEN is the former MUSIC Semiconductors Corp, which is engaged in manufacturing and sale of specialty semiconductor products.

In 2010, the company was acquired by a group of investors led by businessman Antonio Tiu via backdoor listing.

The trading of GREEN shares was suspended by the Philippine Stock Exchange (PSE) in 2015 when its bank accounts, including those owned by its subsidiary, Sunchamp Real Estate Development became a subject of a freeze order issued by the Court of Appeals.

The order emanated from a case filed by the anti-money laundering council against then-Vice President Jejomar Binay.

But in November of this year, the PSE finally lifted the suspension on the stock after a Regional Trial Court cleared the company of any violations.

GREEN has since corrected and closed the year at Php1.99 per share. The company is expected to raise funds in the near future to build its investment portfolio.

Once the share swap is completed, ISM shall be renamed Udenna Holdings Corporation to reflect the new business of the listed company.

Udenna is one of the fastest-growing conglomerates with a well-diversified portfolio. Among its biggest holdings include 51.4-percent ownership in Phoenix Petroleum; 70 percent in Chelsea Logistics Holdings and 100 percent of Enderun College.

Just recently, Udenna, in partnership with Mindanao Islamic Telephone Company and state-run China Telecom, was named by the Department of Information and Communication Technology (DICT) to become the third major telecom player in the country.

Expect the stock to continue to be volatile next year as the company gears up for possible follow-on offering.

ATN Holdings (PSE: ATN) is in the business of real estate leasing and healthcare. It is majority-owned and controlled by Arsenio T. Ng, whose initials represent the name of the holding company.

Early this year, ATN disclosed that it obtained approval for its 256-hectare property in Barangay Macabud, Rodriguez, Rizal to be declared as a Special Economic Zone.

The property, which will be known as ATN Industrial Technology City, will allow ATN to secure investors and international partners, who have expressed interest to join the government’s infrastructure program.

ATN also disclosed that after conducting geological assessment on its property, it was found that it has rock resources that could yield a combined volume of 377 million tons, potentially making ATN the single biggest high-quality rock supplier in Metro Manila.

This exciting development at ATN apparently pushed the stock price to by over 200 percent to Php1.40 per share.

Philippine Infradev Holdings (PSE: IRC) used to be known as IRC Properties until the group of investors led by Antonio Tiu acquired majority control of the company recently.

The acquisition, which is essentially a backdoor listing, will allow Tiu’s group to raise funds in the future to finance its Makati subway system project, which is estimated to cost about Php200 billion be completed in five years.

IRC is expecting to raise a total of about Php5.0 billion from new investors, more than Php800 million of which has already been received.

The long-term appreciation of the stock should be supported by the market’s expectations of the company’s ability to grow in the future.

@[email protected]
Previous If You Bought a House or Condo In 2017, This Is How Much Its…
Next Explore Startup Investing Beyond Silicon Valley…