After more than a decade since the Unified Grand Central Station was approved by former President Gloria Macapagal-Arroyo in 2006, the first portion of the project will finally be completed by the end of 2019.

Department of Transportation (DOTr) Secretary Arthur Tugade said this in a speech during the ceremony following the contract signing for the design and build of Area A of the common station on February 13, Wednesday. It will serve as a concourse or an atrium that will connect the MRT3 and LRT1 railway lines.

This segment is funded by conglomerate Ayala Corporation and is being built by the consortium composed of BF Corporation and Foresight Development and Surveying Company.

“I will fight you and I will throw the books at you if you don’t finish the project and you do not complete it within the quality and time we have envisioned it to be,” Tugade said. “I will put this on record: Ayala told me that they will complete the atrium before the year ends. Media, if that doesn’t push through, let’s run after the Ayalas,” he added in a mix of Filipino and English.

But Tugade was quick to add that there may be no reason to chase the Ayalas anyway considering the advance work they have done even before the agreements were finalized.

Initially, the project design only intended to link the three main urban railway lines: the MRT3, LRT1 and the still under construction MRT7. But DOTr Undersecretary for Railways Timothy John Batan said they expanded the project to cover the planned Metro Manila Subway. 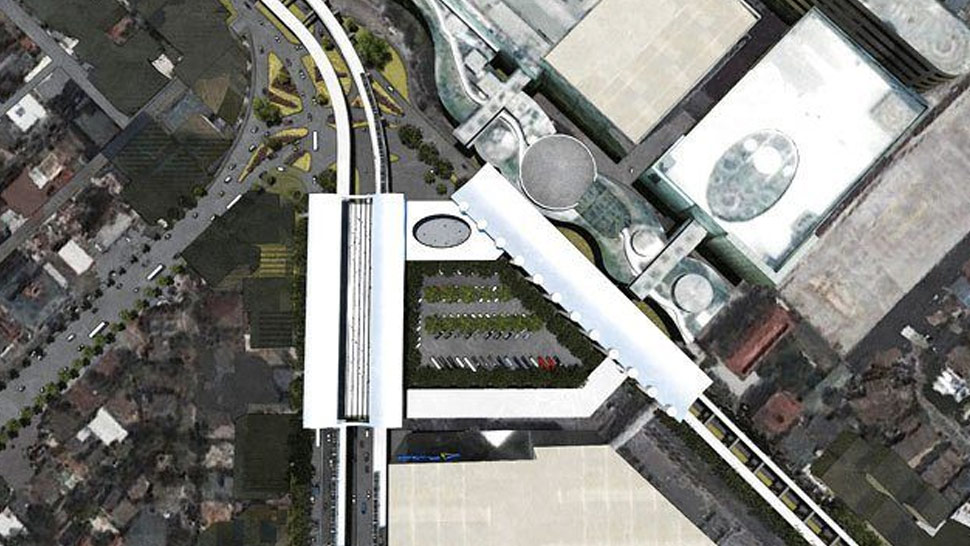 The old detailed illustration of the Common Station, showing how common concourses will be placed

The size of the project also doubled in the new plan. Batan said the concourse will now measure 14,000 square meters, from just the initial 7,000 square meters. In turn, the DOTr expects this will also expand the common station’s capacity once it’s operational.

“[With the old plan], we expected 500,000 people to pass by the common station by the opening year in 2020. Because of what we did (expansion), it can now accommodate 1.2 million passengers in a day,” Batan said.

The DOTr also promises operational flexibility, by providing dual tracks for all the railway lines to maximize its operations and capacity. The whole project is expected to be completed by October 2020, and be fully operational by the fourth quarter of 2020.

“For the first time in the entire Philippines, we will have a common station wherein different trains meet going to different directions,” said Quezon City 1st District Representative Vincent Crisologo in his opening remarks. “And perhaps in the future, there will be more common stations because that is really what is needed now to ease the traffic in Metro Manila.”

@[email protected]
Previous How Micro Influencers Will Fuel Monetization in the Future…
Next Business Plans: A Step-by-Step Guide…