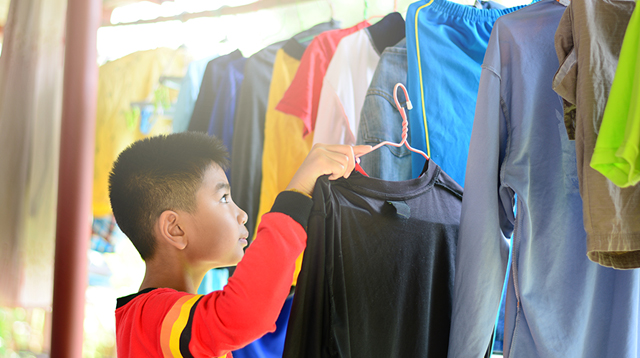 It is not uncommon for parents to give their children allowances, especially when they go to school. But choosing to give their children money as compensation for finishing household chores? It’s a reward system that has long been a debated issue among several parenting experts and parents as well. It may work for a time, but will kids really benefit from it in the long run?

Heather Beth Johnson, a sociologist who specializes in families and wealth inequality, says that paying children in exchange for duties can instill a sense of entitlement.

In an article written by Joe Pinsker for The Atlantic, Johnson elaborates, “When we pay [kids] to do things that humans have always had to do as participants of communities and families, it sends them some sort of a message that they are entitled to [an] exchange for these things.”

Instead of compensating their kids for the work they do at home, Johnson says parents should teach them that they are “part of a household team and should contribute accordingly.”

Johnson’s opinions were echoed by other experts who also contributed to Pinsker’s article. Psychologist Suniya Luthar, who studies families, says that while she is not against parents giving their children allowances, she does believe that kids must be taught to do chores not because they expect to earn money, but because it is part of maintaining the home.

“How sustainable is it if you’re going to pay a child a dime for each time he picks up his clothes off the floor?” Luthar says. “What are you saying — that you’re owed something for taking care of your stuff?”

Why paying your child to do his chores can backfire

Some parents argue that paying kids to do their chores teaches them that work deserves compensation. It may also be a way to begin teaching children how to handle money even if it is just in small amounts. And it has worked on kids (at least for a short while). But experts have pointed out there are disadvantages.

Getting paid for chores may train him to be motivated by tangible rewards. All adults will agree that we don’t always receive material compensation for the work we do, but that doesn’t mean that we stop doing it. If a child becomes used to the mindset that every bit of work he does needs to be compensated materially, can he develop an inherent sense of motivation to keep delivering a good job, especially when he becomes an adult?

How to teach your child to do chores without rewards

Look at chores as your tools to teach responsibility, perseverance, and self-reliance. But he needs to understand these are his tasks as a member of the household, which has no compensation. That’s why you need to start him young when helping you sweep the floor is a fun novelty for him.

Many parents avoid making toddlers and preschoolers do chores because they’re not much help at all or they feel their kids are too young. “We hold back too long because we think they ought to be ready first,” Roger W. McIntire, a psychology professor who authored Raising Good Kids in Tough Times, tells WebMD.

However, kids as early as 2 years old are eager to help out at home. Yes, he will probably just slow you down and ask you an endless amount of questions. But if you just let him watch you and attempt to imitate what you’re doing, he can learn to do it well and become perfectly capable on his own eventually. You just need to to be patient.

Allowing your child to participate in doing house chores will help establish chores as a natural part of his daily life. As he grows up, he will understand that helping out at home is just something that needs to be done, regardless of whatever reward he might get later. It also allows him to develop values such as responsibility and independence, which will be instrumental to him later in life.

It’s not just mom who’s supposed to keep house — it’s a task that every member of the family needs to be involved. Set one day of the week where everyone cleans. Divide the tasks among each member — for example, Dad can take care of the laundry, Mom can clean the kitchen, and the kids can focus on cleaning and organizing their room.

With the entire family on chore duty, it is not only a bonding experience, but it also allows your child to appreciate the beauty of collaborating and cooperating with others to finish a specific task.

Finally, it might be helpful for you to set specific rules related to chores at home. For instance, your child can’t watch TV or go out to play with his friends unless he has finished his tasks. It helps him understand the concept of “first comes first” — certain important responsibilities need to be prioritized before he can do other things. This is another lesson that he will find useful when he grows up!