Only 24 Years Old, This Full-Time Stock Trader Manages a Mul… 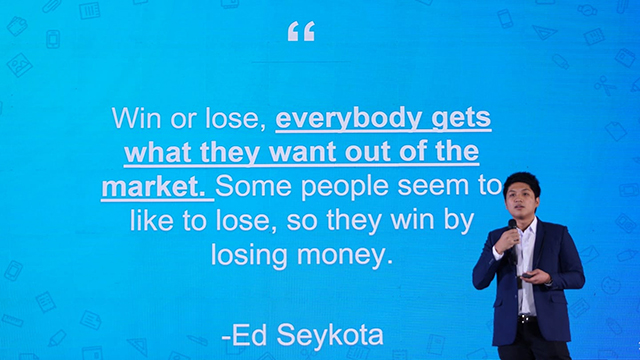 When it comes to people who actively invest in the stock market, one usually pictures older individuals who are years into their careers. Indeed, the 2017 Stock Market Investor Profile published by the Philippine Stock Exchange (PSE) revealed that 42.2 percent of investors were aged between 30 and 44, while 41.6 percent were at least 45 years old.

But at Inspire PH, a one-day conference organized by fintech startup Investagrams last April, majority of the participants and even speakers who talked about the stock market belonged to the 16.2 percent of investors who are 18 to 29 years old.

As well, discussion on participating in the stock market veered away from long-term investing and focused on short-term trading, which involves the constant buying and selling of stocks by riding on its volatility, or the extent by which its price fluctuates.

Related story: These Millennials Are Making Millions Trading on the Volatility of the Stock Market

One of these millennial short-term traders, and the youngest of the speakers who talked about the stock market at Inspire PH, was 24-year-old Rafael Roces. Known in the Investagrams community as “Scraffycoco,” Roces was exposed to the stock market back in 2016, when he was still studying psychology in Ateneo.

“I was actually supposed to become a doctor,” he revealed to Entrepreneur Philippines, adding that he already took the National Medical Admission Test or NMAT when he decided to pursue a career in stock trading. He was influenced by seminars where stock market professionals Marvin Germo and Rex Mendoza shared their experiences in investing.

“That’s when I realized that I didn’t want to be a doctor,” he said in Filipino, referring to a talk by Mendoza back in 2016. “I had that moment where… I realized that there was a big chance that I wasn’t going to be successful [as a doctor].”

Unfortunately, Roces’ first year of trading didn’t exactly affirm his decision, as he revealed in Inspire PH that he lost around 40 percent of his initial five-digit capital after a year of buying and selling stocks.

“In my first year of trading, I was a consistent loser,” he shared to Inspire PH’s audience of over a thousand stock market traders and enthusiasts. “I was losing my father’s money, and I was backed into a wall by the market.” 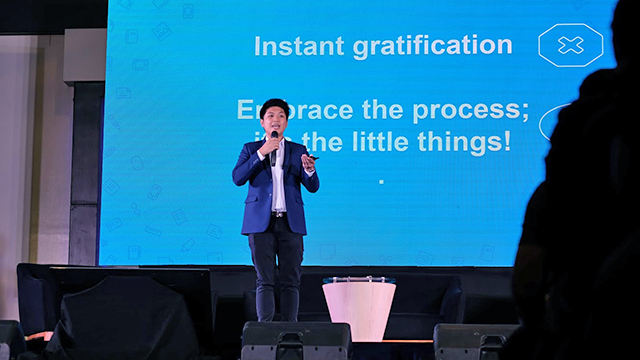 Known in the Investagrams community as “Scraffycoco,” Roces was exposed to the stock market in 2016, while still studying in Ateneo

Turning around his journey involved more than a change in mindset, as Roces participated in several stock market competitions sponsored by Investagrams in his last year of school. He credited his participation and success in these competitions as the motivation he needed to continue pursuing a career in full-time trading despite the losses he experienced in his first year.

After he graduated, Roces enrolled in an intensive eight-week training program offered by the Caylum Trading Institute (CTI), a financial education firm affiliated with online stock brokerage COL Financial. According to CTI’s website, the program comes with an enrollment fee of Php100,000, but it encompasses several advanced topics and modules on trading, investing and the stock market as well as exclusive access to materials and networks.

“I really wanted to take full-time trading seriously, so I might as well learn from the best,” Roces said of his decision to enroll in the CTI course.

His efforts seem to have paid off, as today, Roces handles a seven-digit portfolio, which is a combination of his own savings, capital he received from friends and family and the returns he has received from stock trading. He revealed that his portfolio hit Php1 million in value last December 2017, and it has only grown since then.

He was able to achieve this through an established strategy that he continues to work on, which comes with a strict set of rules that he follows whenever he buys or sells a stock. For Roces, having a systematic approach to full-time trading is the proper way to do it, as he likens trading stocks without any rules or instructions to gambling.

“If not done properly, it’s gambling for me,” said Roces. “But if you make your trading systematic, it’s not gambling anymore.”

Roces has also become affiliated with Tower Securities, a local brokerage firm that has granted him access to the company’s exclusive trading platform. He added that he is in the process of securing his broker’s license, which involves attending a seminar and passing the Securities Representative Certification Exam from the PSE. 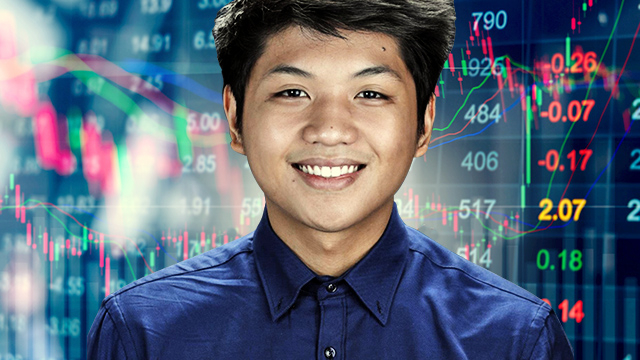 Roces today handles a seven-digit portfolio, which is a combination of his own savings, capital he received from friends and family and the returns he has received from stock trading

Roces estimates that he is one of over 10,000 full-time traders in the country, a largely new phenomenon he believes only grew to prominence once stock brokerage firms launched online platforms for buying and selling stocks. With events like Investagrams’ Inspire PH showing that more and more people are interested in becoming short-term stock traders, he warns that it is by no means easy, and that it takes a large amount of preparation to start trading full-time.

He added that the pressure to succeed is elevated when it comes to full-time trading, saying that apart from preparing a logical trading strategy, one also needs to prepare mentally and emotionally. With a seven-digit portfolio, daily changes in its value can reach six figures, both as gains and as losses.

“Will you be able to sleep knowing that you lost Php100,000 or Php200,000 today?” said Roces. “Some people can’t take losing, and that’s why they can’t cut their losses. That’s what’s hindering them from trading properly.”

At the end of the day, Roces treats full-time trading like any other profession in that he constantly strives to hone his craft and improve how he approaches it. And much like traditional stock investors, what Roces strives for in buying and selling stocks is profitability, even if he is achieving it in a different way.

“One of the ultimate goals of a full-time trader is not to make so much money in a very short amount of time,” said Roces in his Inspire PH speech. “One of our ultimate goals is to consistently be profitable year-in and year-out.”

Lorenzo Kyle Subido is a staff writer of Entrepreneur PH