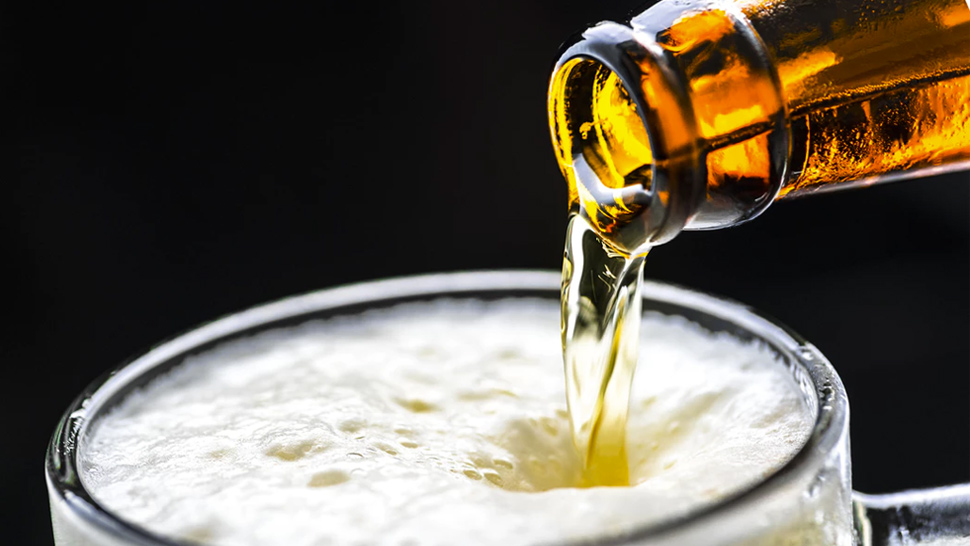 Filipinos will not see a significant increase in their salaries this year despite the rising cost of living, at least according to a report by Willis Towers Watson.

In its latest Salary Budget Planning Report, the global brokerage and advisory company estimates salary increases this year will remain at six percent, the same as in 2018. It also said a majority of employees in the country are likely to receive a salary hike lower than the inflation rate.

The increase in consumer prices in the Philippines hit fresh highs last year. It peaked at 6.7 percent in September and October, bringing the whole-year average to 5.2 percent.

“With the increasing prices for basic commodities such as food, rice, non-alcoholic drinks, as well as costs for housing, water, electricity, gas, and other fuels, Filipinos are now carefully assessing how they can further stretch their current income,” Willis Towers Watson wrote in its report.

Indeed, even alcoholic drinks were affected by the rising inflation last year. A bottle of Heineken beer now costs P86.40 according to online bar Alak.ph, from just P50 per bottle in July 2018. Similarly, a Johnnie Walker Black Ltr. bottle is now worth P1,260.00 from just P1,020.00 six months ago.

In an ideal world, salaries should keep up with the rising prices of commodities in order for people to live and maintain their lifestyles. However, the opposite has been happening in the last nine years.

Based on data provided by Willis Towers Watson, the six-percent salary increase in 2018 (which is the same as the projected this 2019) is the lowest since 2010. But it was also the year with the highest recorded inflation rate within the nine-year period. 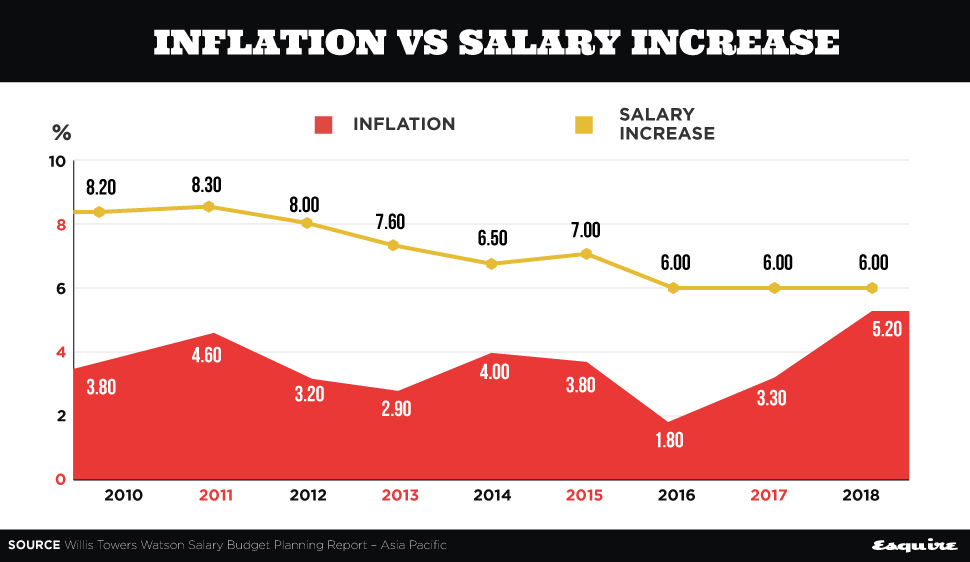 “With a budgeted salary increase at only about one percent higher than the inflation rate, there is henceforth very little room for employers to differentiate how they can reward the high performers and average performers in their companies,’’ Daquilanea added.